This week I got back into sewing after sewing my Downton Abbey outfit (I needed a little break after all the work I put into that outfit). So what did I sew this week? My very own Regency Bonnet to go with my Regency Era dress that I made over a year ago.

The bonnet that I decided to make is a reproduction of Elizabeth Bennet's tan bonnet from Pride and Prejudice (1995). 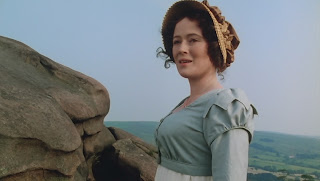 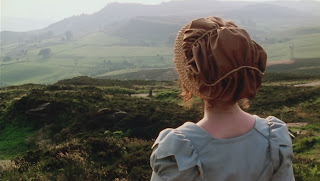 The pattern that I used was Timely Tresses's Regency Bonnet Pattern called The Lucia. In this pattern, I had a choice of using a gathered crown or a "puffed" crown (with the rows of gathered lines). I went with the puffed crown since that was the effect that was in the original bonnet. Instead of making the brim out of buckram and millinery wire, I made the brim out of straw (I'll go into more detail about this later).

This is actually my second attempt at using this pattern -- I wasn't pleased with the results the first time around (but there's always a chance of that happening when you first use a pattern), but I'm happy with the way this bonnet turned out.

But enough talk about the pattern: here is the bonnet! 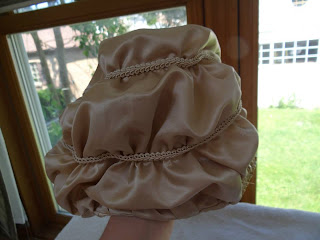 The back view of the bonnet. The fabric I used was a cotton/silk blend from fabric.com (55% Cotton, 45% Silk). It had a nice feel to it and was pretty easy to work with. 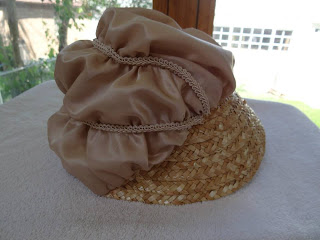 Side view of the bonnet. 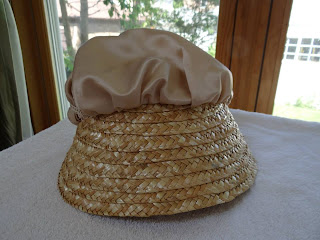 Front view of the bonnet. 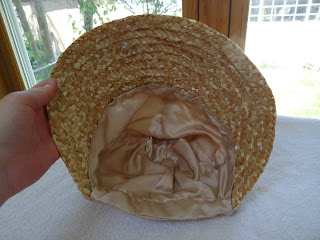 And now some details! 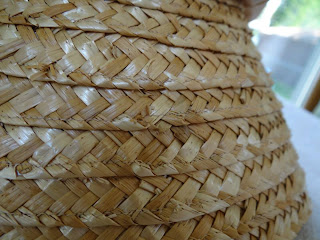 Here is a closeup of the brim detail. Do you see how each row is sewn together? That's right: I sewed rows of "straw hat rope" together to create a bonnet brim. How did I do this? I bought a straw hat from Michaels awhile ago and I wasn't sure about what to do with it until this project. The straw hat is constructed as one giant spiral of straw rope that forms a hat. So I took out the stitching to get a really long piece of straw rope and pinned and sewed together using the brim piece from the pattern to create the right shape. And I also wet the straw so that when it dried it would hold the shape that I wanted. 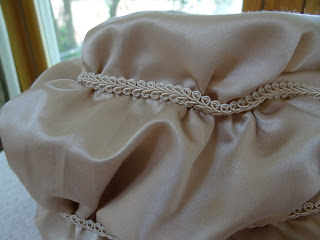 Here is a close up of the gathers on the crown. After the crown was gathered, I hand sewed gimp trim where the lines of gathers were. 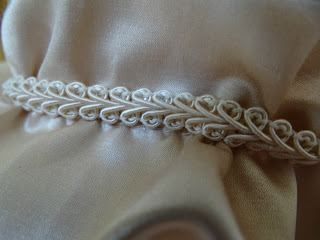 Here is a closeup of the gimp.

I'm very please with the way this turned out. It's a decent pattern and I would use it again if I needed it.
God Bless,