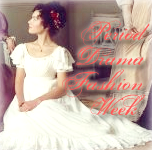 When Miss Elizabeth first invited me to guest post for her Period Drama Fashion Week I was excited but knowing little about fashion I was also unsure about what to post about. One of my favorite things to do is delve behind the scene of period dramas to learn interesting tidbits about the talented people who make a film come to life. So I decided to research the costume designers behind some of my favorite period dramas.
Delving into this world of costume designers I discovered that there's about seven or eight designers who have worked on multiple period dramas - so many of my favorites, it's amazing! So I'm super excited to share with ya'll about some of these talented ladies and gentlemen! 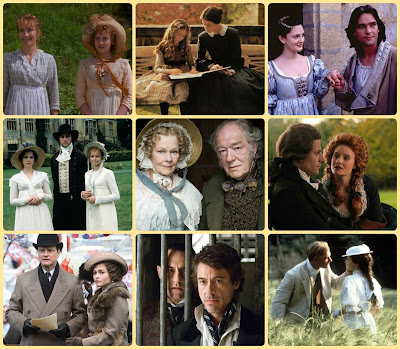 Jenny Beavan  Ms. Beavan was born in 1950 and is a native of London, England. She studied at London's Central School of Art and Design and has been designing costumes for TV films and movies since 1978. She has been nominated for Academy Awards eight times and won and Oscar once for A Room with a View (1985). She has also been awarded two BAFTAs and an Emmy Award for Emma (1997). Besides her work for films she also has designed for theater productions in London and New York City. Recognizable Work: 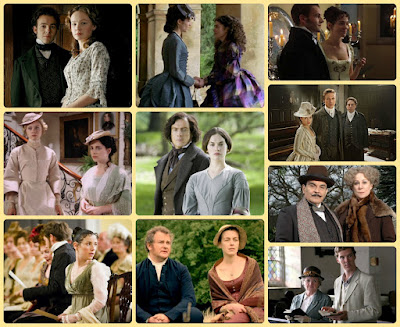 Andrea Galer Ms. Galer was born in 1945 in Cambridge, England. Her first work was in the costume department of a film staring actress Julie Christie got her recognized as a great artist in 1973 and she's been designing costumes for TV and movies ever since. She has received many awards for her costumes including a BAFTA for Bleak House (2005) and an Emmy Award for Jane Eyre (2006). Over the past few years Ms. Galer's passion has been her 'Power of Hands' foundation which she has set up to help sustain traditional crafts, especially the lace makers in southern Sri Lanka who survived the 2004 tsunami. When designing for films she tries to use as much handmade lace and other handmade textiles as possible to encourage handcrafters. Many of the actors who have worn her costumes in films have helped with fundraising by modeling her costumes at private functions and for photo shoots. Her costumes are on exhibit at places like The Jane Austen Centre in Bath, England where some of her Regency designs can be purchased. Recognizable Work: 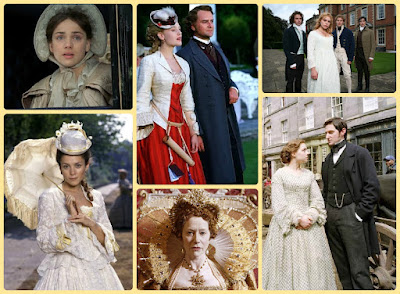 Mike O'Neill  Not much information is available about Mr. O'Neill but he is British, I believe, and has designed costumes for TV and movies since 1990. In 2007 he was awarded by the Costume Designers Guild for best costumes in a Miniseries or TV Film for his amazing work on Elizabeth I (2005). Recognizable Work: 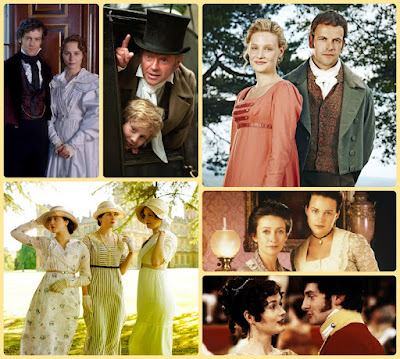 Rosalind Ebbutt  Again, not much information is available for Ms. Ebbutt but I'd assume from her resume that she is a native of the UK. Her costumes have been featured in TV and movies since the early 1980's. She has revieved one BAFTA award and been nominated for five others, she was also nominated for an Emmy Award for her costumes in Emma (2009). Her Emma (2009) costumes were on exhibit at Chawton Cottage, the Jane Austen's House Museum in 2010. Recognizable Work: 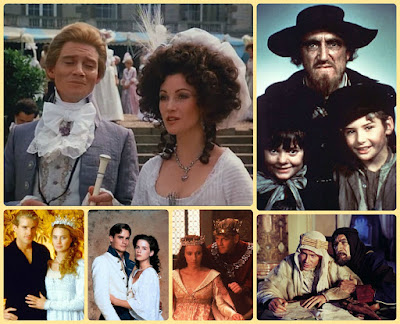 Phyllis Dalton Ms. Dalton was born 1925 in London England. She was awarded the M.B.E. (Member of the Order of the British Empire) in the 2002 Queen's Birthday Honours for her services to the Film Industry as a Costume Designer. What interested me in her was that I was looking up who designed the fabulous fashions for The Scarlet Pimpernel (1982) and was amazed to discover some of her other credits were classic films I love. Recognizable Work: 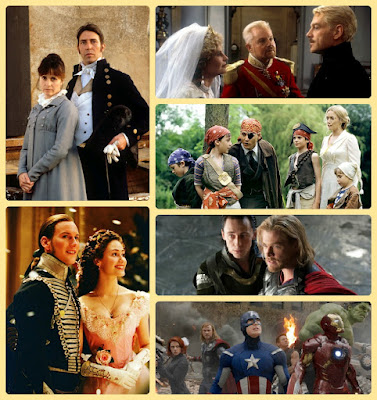 Alexandra Byrne  Ms. Byrne was born in 1962 and is a UK native. She trained on the Motley Theatre Design Course before embarking on her career as a costume designer in film in the early 1990's. She was nominated for four Academy Awards and won one for Elizabeth: The Golden Age. What interested me was her vast range of costume design - from Jane Austen's Regency, to bold Victorian era musicals to action heroes! Her costumes are always extremely detailed and tailored to the characters who wear them. Recognizable Work: 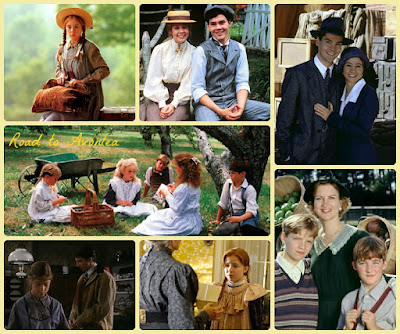 Martha Mann & Ruth Secord I was beginning to think all costume designers were British until I remembered the gorgeous costumes in Anne of Green Gables and other Sullivan Entertainment productions. Two ladies stood out among the four who worked on the Road To Avonlea TV Series: Martha Mann and Ruth Secord. Martha Mann's Work:
Ruth Secord's Work:
It was so much fun learning more about these talented costume designers who add so much detail to each and every piece they create. I hope you enjoyed learning about the costume designers as much as I did.  Many actors seem to mention in behind-the-scenes interviews that their favorite part of acting in period dramas are the costumes because they really help them get into character. Let's hear a big round of applause for the talented costume designers who help bring our favorite period drama characters to life!

[Roar of Applause here]
Which costume designer listed above has made your favorite costumes? Many thanks to Miss Elizabeth for inviting me to guest post, it was a real delight! Very Truly Your's, Miss Laurie 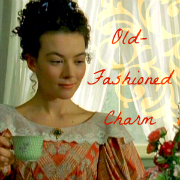 Miss Laurie is the author of Old-Fashioned Charm where she blogs about Jane Austen, period dramas, classic literature and everything old-fashioned under the sun.